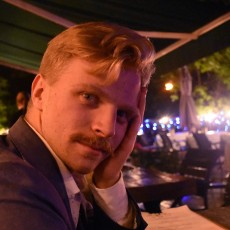 Kill two birds with one stone by doing philosophy in English, the language of academia.

My approach is one of doing philosophy rather than passively learning about others philosophising. We stand on the shoulders of giants not to look down and admire them, but to look up and ahead to discover new horizons. So let’s go climbing together!

I am generalist who recently chose to specialise in topics related to jurisprudence, moral and political philosophy.

I can also help with essay writing techniques and examination techniques. I have the highest level of English proficiency.